The Chicago Premiere of PAUSE OF THE CLOCK

I am humbled and elated to announce that Pause of the Clock will have its Chicago Premiere at the Gene Siskel Film Center on Monday, October 3 at 8:00 p.m. 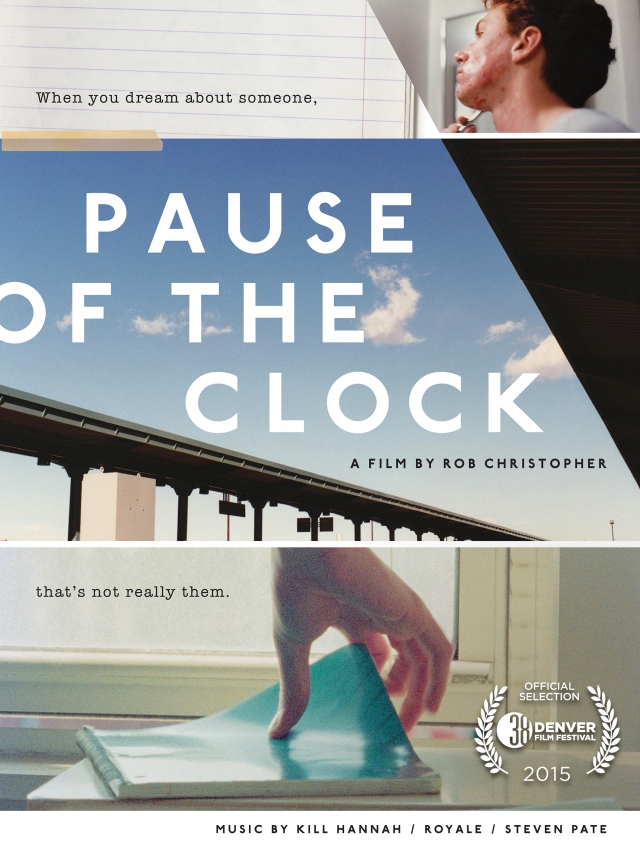 I’ll be in attendance alongside members of the cast and crew.

Once upon a time, as a lonely and disoriented freshman attending the School of the Art Institute of Chicago, I wasn’t able to go home over Thanksgiving break. In fact there were a number of us living in the SAIC dorm who couldn’t or didn’t, and the school took pity on us and set up a cafeteria-style Thanksgiving dinner that weekend. Also, the Film Center (which wasn’t yet the Gene Siskel Film Center) had some special programming lined up for us: a screening of the “uncut” version of True Romance, with director Tony Scott in person. I have a vivid memory of Mr. Scott walking around the foyer, unrecognized, wearing jeans, flannel shirt, and cowboy boots.

Back then the Film Center was located in the Goodman Building on Columbus Drive. The theater doubled as a lecture auditorium. There was a single screen. As a student, tickets were incredibly cheap. So I was there pretty often. And I’ve certainly seen hundreds of movies at the Siskel since then. It’s a special place. Having Pause of the Clock screen there is like a dream come true. Something I never would have imagined when I was student!

The screening is expected to sell out in advance, so buy your tickets soon! I really hope to meet some of you in person, so if you come be sure to say hi!

This entry was posted in Uncategorized and tagged Chicago, movies, pause of the clock, siskel film center. Bookmark the permalink.

This site uses Akismet to reduce spam. Learn how your comment data is processed.