Since Roy’s World: Barry Gifford’s Chicago is centered on childhood and what it’s like to see the world from a child’s point of view, it seemed entirely fitting to include animation. So I am thrilled to announce that artist Lilli Carré will be contributing animated segments to the documentary. Her films have shown in festivals throughout the US and abroad, 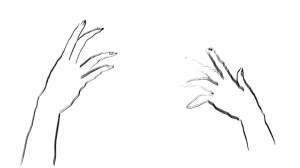 including the Sundance Film Festival, the Edinburgh International Film Festival, Animator Festival Poznan Poland, European Media Arts Festival, The Ann Arbor Film Festival, International Festival Rotterdam, and the Punto y Raya Film Festival. In 2010 she co-founded the Eyeworks Festival of Experimental Animation, which is held annually in Chicago, LA, and NYC, with additional curated programs presented internationally throughout the year. Her comics and illustration work has appeared in the New Yorker, The New York Times, Best American Comics, and Best American Nonrequired Reading. Solo exhibitions of her drawing, animation, and sculpture have shown at the Museum of Contemporary Art Chicago, Western Exhibitions, and the Columbus Museum of Art.

In other words, she’s amazing. And amazingly versatile. WHAT is a piece she did that I’m especially fond of. I am really excited to be including her work in the film!

This site uses Akismet to reduce spam. Learn how your comment data is processed.